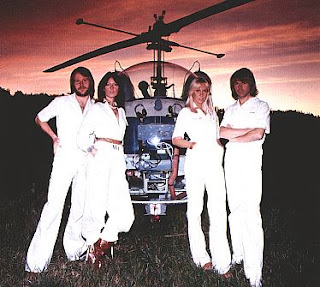 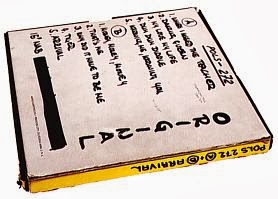 Arrival Mastertape of the 'Arrival' album


Recording sessions for the Arrival album: 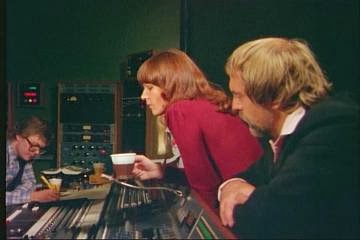 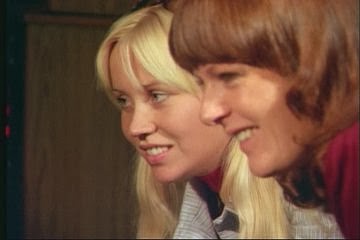 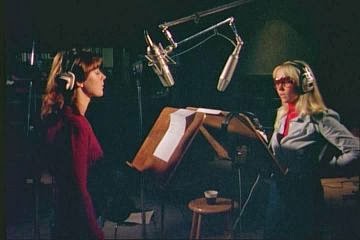 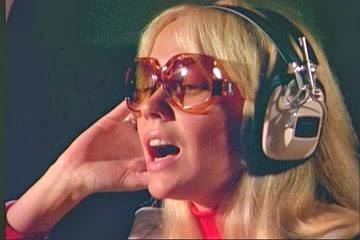 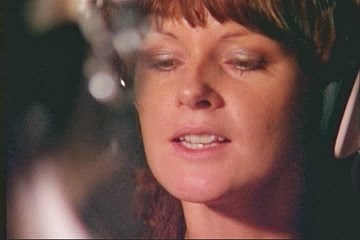 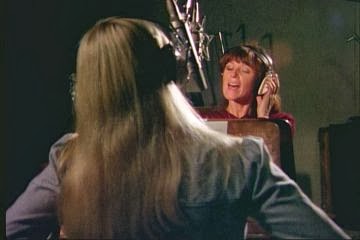 Dancing Queen (working title: Boogaloo) Backing track recorded on August 4, 1975 (Glen Studio).
Continuing working on backing track on August 5, 1975 (Glen Studio).
Guitar overdubs added on August 27, 1975 (Glen Studio).
Backing track transfered to 24 track tape on September 4, 1975 (Metronome Studio)
Vocals recorded around September 8 -11, 1975 (Metronome Studio).
String overdubs added on September 12, 1975 (Metronome Studio).
Drum overdubs on December 3, 1975 (KMH Studio)
George McCrae's hit 'Rock You Baby' from 1974 was the inspiration for the rhythm of Dancing Queen. Michael Tretow says that a piece of this song could be heard before the actual backing track started, just for the musicians to maintain the right feel. ABBA never meant to steel from this song. With ABBA's somewhat conventional European background, they often found it difficult to apply the right kind of dance rhythm to their music. While they all admired soul and funk, they were well aware of their limitations in reproducing this kind of feel. 'Boogaloo' seemed to call of a dance rhythm in the backing track, and for inspiraton they listened hard to George McGrae's disco classic, thus managing to find the right feel. Both Michael Tretow and session drummer Roger Palm were fond of the drumming on Dr. John's 1972 'Gumbo' album, and this elastic New Orleans ingredients was now applied to the dance groove they were putting together. As a final touch, Björn fed his electric guitar through a tape echo, thereby lending some metronomic structure to the prodeecings. The basic backing track of drums, bass, guitar and piano was ultimately completed to the satisfaction of the two songwriters. Stig gave it the title of 'Dancing Queen'. He also wrote the original set of lyrics, buty in all likelihood these were later extensively rewritten by Björn. Work on the track continued throughout the autumn and early winter of 1975. (taken from the book Bright Lights Dark Shadows by Carl Magnus Palm)

Knowing Me, Knowing You (working titles Ring It In and Number One, Number One):
Backing track and vocals recorded on March 23, 1976 (Metronome Studio).
Guitar overdubs added on may 24, 1976(Metronome Studio).
'Knowing Me, Knowing You' was probably the first ABBA song to truly acknowledge that the group consisted of four adults. Whereas previous lyrics about love troubles had been more generic, couplet's like "in this old familiar room, children would play" indicated that 'Knowing Me, Knowing You' dealt with the collapse of a marriage, as opposed to any old teenage romance. The title came from Stig Anderson, but the rest of the words were written by Björn. He has since denied that the lyrics had any bearing on his own situation at that time. "Even if the roots are somewhere deep inside, form something what has happened to you, it's still 90 per cent fiction, he said. " I was just working from images. I saw a man walking through an empty house for the last time as a symbol of divorce. I just described what I saw. I hadn't been through that myself then." (taken from the book Bright Lights Dark Shadows by Carl Magnus Palm)

Money, Money, Money: Backing track and vocals? recorded on May 17, 1976 (Metronome Studio). Björn:
This song was meant ironical. There was more talking about the millions we made than about our music. We were called a company instead of a pop group With 'Money, Money, Money' we wanted to hit back. If people think we are only in it for the money, well let's write about it. Frida's superior skills as an interpretive singer came to the fore on the caberat inflections of 'Money, Money, Money'. Within the confines of a three minutes format, this was a sublime performance, opening in the tradition of European theatrical music, combined with a basic Anglo-Saxon pop rhythm, and finally topped with Frida's dramatic delivery. The genenis of 'Money, Money, Money' was similar to 'Why Did It Have To Be Me', insofar as it ended up being released under its orginal working title. Björn, who felt that "there were enough 'money' songs around, came up with a set of working lyrics entitled 'Gypsy King'. "But that came out a bit awkward, somehow," he recalled. "In the end, I had to go back to 'Money, Money, Money' - that simply sounded best." This philosophy was endemic to ABBA and fundamental to their succes: whatever their ambitions the group never forsook simplicity and direct communication with their audience. In any event, the storytelling, musical-like layers of 'Money, Money, Money' made it Benny's favourite track on the album. "Of all the things we have done, that one is the best ever," he said. "It's a very basic recording you could say that it's constructed like a stage number. I imagine someone else doning it, not necessarily us: someone standing on a platform singing these lyrics." (taken from the book Bright Lights Dark Shadows by Carl Magnus Palm)

When I Kissed The Teacher (working title: Rio De Janeiro):
Backing track, vocals and overdubs? recorded on June 14, 1976 (Metronome Studio).
This joyous track was to become one of the Arrival highlights, with a punching acoustic guitar intro that also made it a perfect album opener. "I think this is one of our very best recordings," says Benny, "and I remember that we worked a lot on it, not least the backing vocals. Also, there are two different tempos in the song: it's the full tempo, and then there is the half tempo that the acoustic guitars play. It took a lot of time to piece that together, to figure out how to make all the different parts interact so that it would work." (taken from the book The Complete Recording Sessions by Carl Magnus Palm)

Dum Dum Diddle; Backing track, vocals and overdubs? recorded on July 19, 1976 (Metronome Studio). The track was written at Benny's and Frida's Stockholm flat, and at that point with quite a heavy feel to it. Björn regrets that the song somehow became much more lightweight when the backing track was recorded, and he is not especially proud of the lyrics eighter. "It might as well have been Dumb Dumb Diddle!, he says. I stayed up a whole night trying to come up with the right lyrics. The studio was booked, we were due to record the vocals, and in those days I had such a strong sense of duty that I felt that I simply had to come up with something. So at five o' clock in the morning, I finally wrote those lyrics, which I expected the others to reject - but they didn't! 'But this is OK,' they said and I said 'No it isn't,' and they said 'Yes, it is,' and that's how it was. I remember when we toured Australia the following year and someone said 'Dum Dum Diddle' - what kind of group would record a songs with at title like that?', and the worst of it is that I kind of agreed with him". (taken from the book The Complete Recording Sessions by Carl Magnus Palm)

My Love My Life:
Backing track and vocals recorded on August 20, 1976 (Metronome Studio).
String overdubs added on August 30, 1976 (Metronome Studio).
The ballad 'My Love My Life' with lyrics by Stig Anderson was originally titled 'Monsieur, Monsieur' and a rough demo with Agnetha singing had been recorded in the studio in July. The theme of the lyrics, with Paris as the setting for a romance that is now over., would later be echoed in the 1980 track 'Our Last Summer', complete with "walks along the Seine". However, the' French feel' that the group had seemed to detect in this song, was somehow deemed irrelevant, and a slower backing track in a lower key better suited to Agnetha's voice was recorded on August 20. The dreamy, whispering backing choir was inspired by 10CC classis 'I'm Not In Love', which had recently been a big hit. (taken from the book The Complete Recording Sessions by Carl Magnus Palm) 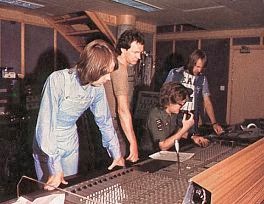 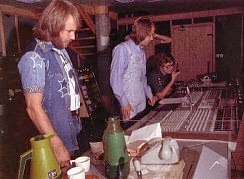 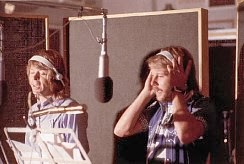 Benny and Björn in Metronome Studio

Why Did It Have To Be Me: Backing track and vocals recorded on August 27, 1976 (Metronome Studio). Sax overdubs added on September 3, 1976 (Metronome Studio).
When the songwriters and their backing musicians entered the Metronome studio on April 26, they had a Fats Domino-style song with the working title 'Why Did It Have To Be Me' on their hands. Toying around with the song in the studio, they moved away from rock territory and arrived at some kind of Hawaiian feel. Stig put together a first draft lyric, and the result was titled 'Happy Hawaii'. A steel guitarist was called in to do an overdub, the sound of crashing waves in the intro was achieved with the help of some white noise from a transistor radio, and then Agnetha and Frida were called down to record a joint lead vocal. The recording was completed and mixed. As album sessions wore on, however, Björn and Benny were getting cold feet. 'Happy Hawaii' - what kind of silly concept was that? The lyrics told the tale of a girl going to Hawaii to forget the lover who jilted her but this seemed a bit inconsequential. "There was nothing especially wrong with the recording," recalled Björn, "but the lyrics were just too damned corny." A more countrified arrangement of the song was then recorded entitled 'Memory Lane', but that didn't feel right eighter. The boys had to admit defeat: towards the end of the album sessions they returned to the Fats Domino rock framework, adding a short burst of Beach Boys-style falsetto backing vocals to great effect. The original working title 'Why Did It Have To Be Me', was also brought back in, and a third version was recorded with Björn on lead vocals. That was how the song was presented on the finished album.'Happy Hawaii', meanwhile, did gain an eventual release as the B-side of the 'Knowing Me, Knowing You' single. (taken from the book Bright Lights Dark Shadows by Carl Magnus Palm)

Arrival (working titles: Fiol and Arrival In Dalecarlia): Track with backing vocals recorded on August 30, 1976 (Metronome Studio). This track was the second in what threatened to become a series of instrumentals after 'Intermezzo no.' on the ABBA album. Along with the intro to 'Dum Dum Diddle', 'Arrival' was also the first time that Benny's fondness for Swedish fiddlers' folk music overtly coloured an Abba album track. At one point the title of the song was 'Ode To Dalecarlia', referring to the Swedish country most closely associated with this particular strand of folk music. There were some discussions about whether such experiments really belonged to an Abba album. But Benny insisted. "Micheal and I stayed late one night and did some work on it with the mellotrone and the mini-moog so that we could make a convincing case of it," he recalled. "It's much easier to get your way if you can say 'listen to this!' instead of humming your way through a half-finished idea." (taken from the book Bright Lights Dark Shadows by Carl Magnus Palm) 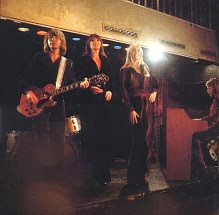 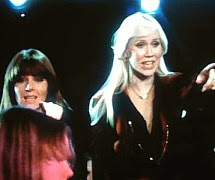 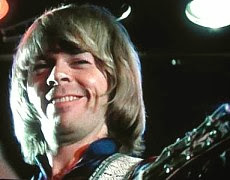 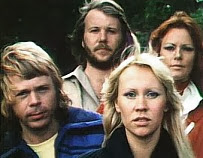 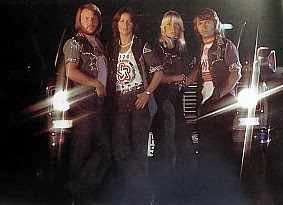 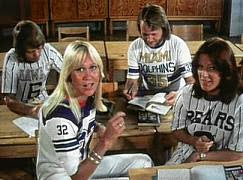 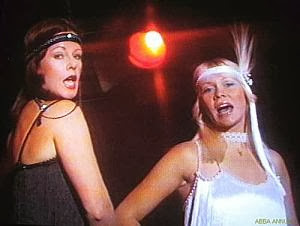 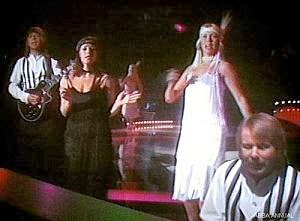 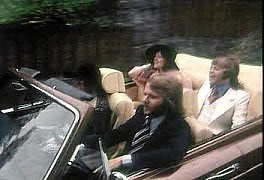 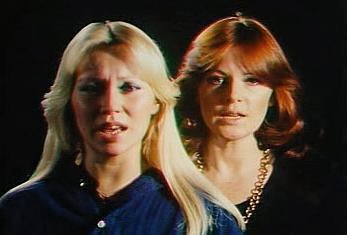 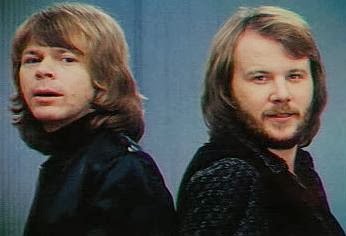 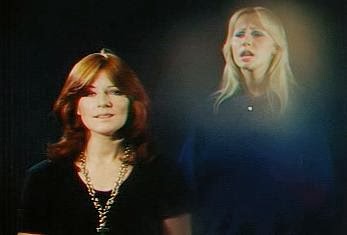 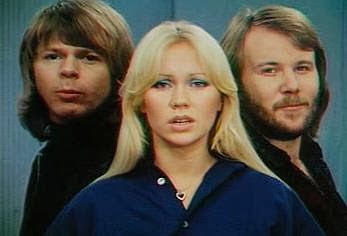 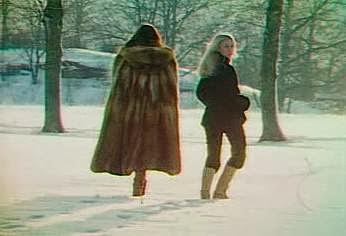 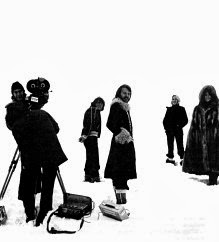 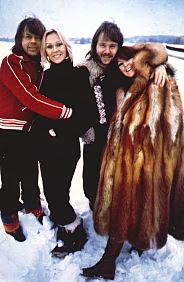 On the set of the Knowing Me Knowing You clip
Homepage
Abonneren op: Posts (Atom)